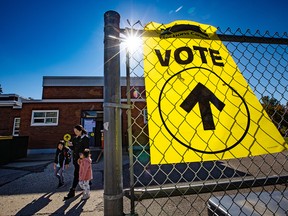 A commission creating new electoral ridings in Alberta is set to travel across the province this fall to hear from Albertans on their proposed redistribution.

The federal Electoral Boundaries Commission for Alberta is planning to host 24 in-person hearings across the province starting in September to hear from residents about concerns or comments they may have in regards to proposed electoral ridings that they released last month. Justice Bruce McDonald, commission chair, said they began looking at the ridings in February and have heard from members of the public throughout their process.

“We’ve been getting lots of comments and requests to make presentations at one or more of the on-site hearings,” said McDonald. “Once we have all these submissions in, we then, in the month of October and November, we’ll consider it all and we’ll make changes to our proposal and then turn it into our report to Parliament.”

The commission has proposed the creation of three new ridings in Alberta to adjust for population growth. One of those new ridings would be Calgary McKnight, which would be in the city’s northeast, while another new riding would be created by grouping together Airdrie and Chestermere. Each of Calgary’s remaining electoral ridings would be adjusted to keep populations close to the benchmark quota of 115,206 residents.

A third new riding, Spruce Grove-Leduc, has been proposed outside of Edmonton while several ridings within the capital would be overhauled or adjusted to ensure each riding remains within the City of Edmonton boundaries.

To get further input on their proposal, McDonald’s three-member commission will travel to northern Alberta first to start consultations in Grande Prairie in Sept. 6. They will then travel to Peace River, Fort McMurray, St. Paul, Lloydminster and Medicine Hat before they hold several sessions in Edmonton. They will continue to travel across Alberta for several weeks, including three hearings in Calgary on Sept. 19 and 20. If there is interest, there will be a virtual hearing in October.

McDonald said after the public consultations are complete, they will submit a report to Parliament before Alberta MPs are given a chance for input before a final edition is submitted, leading the way for new electoral ridings ahead of the next election.

“You’d be surprised how many times you get suggestions about the names,” said McDonald. “Some of these suggestions were very good and they’ll be incorporated. We’re just waiting to hear from more.”

McDonald stressed that the movement of boundaries occurs every 10 years and that it is done without politics involved. The boundaries are adjusted to accommodate for population growth and movement as well as to ensure communities of interest are intact and represented.

He said the commission does not have access to polling data when they make their suggestions and that there is a commission for each province.

Public consultations on the future of the Port of Cork

Ontario immigration is planning to switch to new NOC 2021